Also as with last week, these activities can be used consecutively to make a complete lesson, though I think there is probably one activity too many for a 60 minute lesson, so do think about timings before you take them into the classroom!

(Acknowledgement – I first came across this activity at IH Katowice, but I’m not sure who showed it to me or where it came from.)

Then tell the SS they’re going to do a dictation.  But when you say a number, they substitute the word(s) they wrote in their list.

This year, instead of turkey for Christmas lunch, Mum cooked (6) and (7), which was nice.

SS then find the person two spaces to their left and read them the letter.

Monitor and choose some choice examples to be read out to the class!

This activity is possibly a bit more suitable for intermediate and above level groups?

Write the letters from the word CHRISTMAS in a column down the left side of the board.  Work with the students to elicit an acrostic poem (of sorts) to the board.

Then put students in pairs to work on their own effort.  If possible, display these in the classroom – younger learners may also enjoy illustrating these.

This is an example from two Advanced students:

This is my favourite Christmas activity and I have actually blogged about it before, almost seven years ago, and I pretty much use it with every group I teach, every Christmas.  It’s great!  You can find the instructions via the link, but I will also repeat them here:

(Before the class, you’ll need to chop up some scrap paper, so that each learner in the class will have SIX bits of paper each.)

(1)  Ask the learners what they want / are hoping to get for Christmas – in terms of presents from other people, though if anyone comes up with “world peace” you could extend the discussion to see how likely they think that is…  This could be in pairs, or open class.

(2)  Ask the learners if that always get what they want.  If not, what do they get instead?  Socks?  Soap?  Have they ever had a present they were truly horrified to receive?  This could be broadened out into a discussion on what constitutes a good present or a bad present.

(4)  When they’re done, the learners scrunch up all the bits of paper into little balls and give them to the teacher, who puts them in a container of some kind (a Santa hat if you have one handy!).

(5)  The teacher then elicits / inputs the negotiation language for the swapping activity – examples might include:

Ask the learners for other ideas….

(6)  The teacher then throws all the balls of paper up in the air, so that they are scattered across the classroom.   If you can cope with the potential chaos, an alternative is to do this as a snowball fight, with learners throwing the paper balls at each other for two or three minutes.  At the end, a brief mad undignified scramble then ensues as the learners grab as many items as they can – make sure they know they should only take six.  If someone has more, select one from them at random and redistribute it to whoever’s missing an item.

(8)  The learners then mingle and swap their gifts until such time as they’re happy with everything they have in their hands.

(9)  Content feedback:  Who got what?  Who’s happy and who’s unhappy?  Language feedback – reformulation and extension of learner utterances during the mingle task 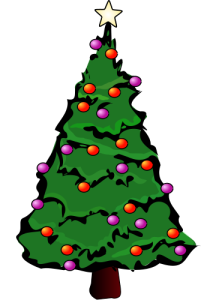 Photo by Tyler Delgado on Unsplash