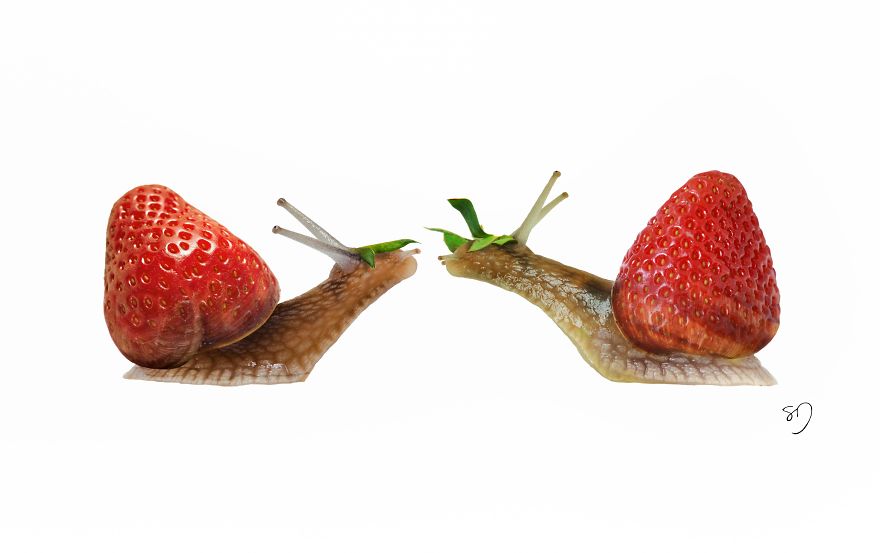 I can’t completely claim the credit for this one, my daughter came up with the idea but I am shamelessly stealing it….  🙂

It’s a game that we’ve been playing in the car – one person thinks of a food and thinks of an animal / creature and combines the two into a portmanteau in some way.  For example:  Cat and apple become “Capple”.  Everyone else then has to guess what the two constituents are – whoever guesses right gets the next turn.

Here are some more that we came up with:

This could be a nice warmer to use with classes, particularly young learner groups, or as a vocabulary revision activity after looking at Food / Animal vocabulary.

An more supportive adaptation could be to put the students into two or three groups / breakout rooms to work together to create five foodimals, after which the teams challenge each other to guess correctly.

Finally, while searching for an image to illustrate the post, I found Sarah De Remer’s website.  She is an artist who has taken this concept visual and who has loads of really cool images of animal food hybrids – such as the one above!  Some obvious opportunity for classroom exploitation there I think!

Enjoy, and if you use it, let me know how it goes!